Division Chief Dave Dolson on the Importance of Balanced Breathing 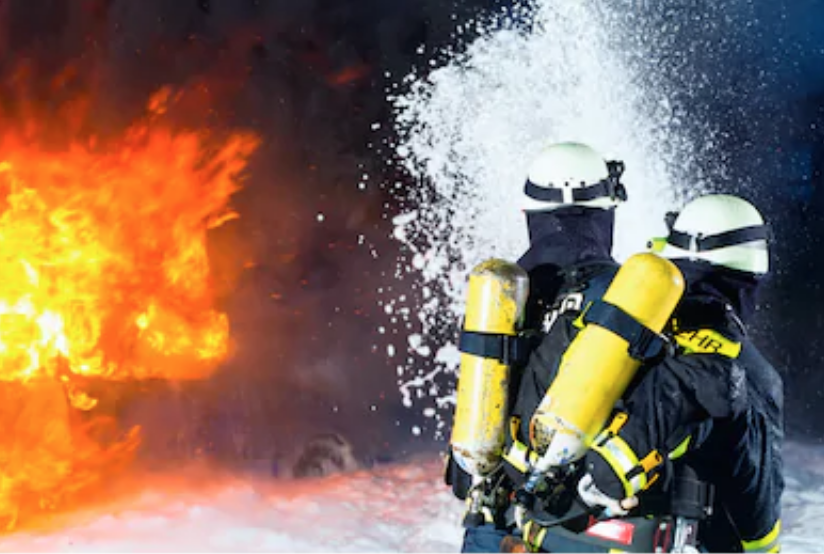 FireFlex Yoga Founder Shannon McQuaide interviewed Roseville Fire Department's Division Chief Dave Dolson about how yoga has impacted his daily life.  In addition to physical fitness benefits, Chief Dolson was surprised by the positive impact yoga breathing practices has had on decreasing stress and slowing the rate at which he emptied oxygen tanks in the field.

Gaining a few extra minutes can provide a life-changing impact for both firefighters and the people they're trying to save.

Here's the interview, which took place at the Roseville Fire Department:

Shannon McQuaide (SM): When we met at the conference and I learned about your extensive background with yoga, I asked when you first realized that your yoga practiced had infiltrated your life, specifically your work life. You had a great story about using self-contained breathing apparatus (SCBA).

Dave Dolson (DD): I actually started to practice yoga in order to address injuries from aging and from being a firefighter for more than 20 years. What happened is that over time my body started to feel better and my physical fitness improved. However, my motivation for practicing started to expand beyond just keeping fit. I enjoyed the mind and body connection and the breathing techniques that are taught in different yoga disciplines.

Prior to coming to Roseville, I was captain for the City of Sacramento. We went on quite a few fires and used our SCBA on a regular basis. But as the captain, before we even arrived at the scene, I would have to take in quite a bit of information–in fact, I was saturated with information. It’s unavoidable. And then I would have to process and prioritize all the information I was receiving, which caused some anxiety that impacted my breathing. At some point I started to notice that my breathing during these stressful times was calmer. This is when I first realized my yoga practice was no longer contained to the studio.

SM: It makes a lot of sense to me that anyone would become very tense and potentially even hold their breath in a situation like you are describing, where you’re required to sift and sort through all kinds of information in order to formulate an intelligent approach.

DD: That’s right! As a fire captain I use breath work to help keep myself as calm, focused, and normal as possible even though all these things are happening and information is coming at me. So even before I put the breathing apparatus on, I’m already using yoga.

Then, when we get to the scene, and before we enter a building that’s burning or enter some kind of toxic environment, we put on our bottles and masks. This is my process: As I’m breathing through the SCBA, if I notice that I’m breathing faster than I would like to or that my breathing is shallow or rapid, I use the breath work that I learned in yoga to bring my breath back into balance.

So as I’m exerting myself and moving around the fire scene with all this equipment on and helping my firefighters advance the hoseline and fight the fire, I’m able to keep a nice constant balanced breath. I might be breathing faster than normal, but it’s balanced rather than an agitated breath. And this has become a habitual process that has become very valuable to my profession.

SM: Many people don’t realize that what you are describing is the actual goal of yoga–awareness. If you aren’t aware of your breath, then you can’t make any adjustments to your breathing. And what I am hearing from you is that maintaining a steady breath is key to performing well under pressure. Can you describe how you learned to do this?

DD: Breath work was the foundational practice of the yoga studios I attended. All classes started with breath work before we started doing anything else. It was hugely beneficial to establish that habit before I started learning the poses. During class, if the breath becomes erratic or strained, you’re instructed to take a break and come back to a balanced breath. Sometimes you’re fighting it, not really paying attention to the breath, because you’re going through a challenging posture or maybe you’re just a little stiffer on one side than the other and you end up holding your breath. It’s nice to have an instructor remind you to breathe. Sometimes I didn’t even realize I was holding my breath.

SM: As a yoga instructor for firefighters, I have found that teaching yoga breathing can be tricky. Many people at least initially have this attitude like, “I already know how to breathe, why all this emphasis on the breath?” You also taught yoga breathing to your crew. How have you been able to translate the importance of maintaining a balanced breath to firefighters at your department?

DD: I took this insight about the breath to different parts of the department. When I became a drill instructor in the fire academy, I decided to implement what I found worked on the fireground into the more controlled training setting. What I noticed is that a balanced breath helped me not only to stay calm and focused and make better decisions but also to make my air last longer. It extended the time my bottle lasts.

The bottles where I work now and where I worked previously are rated 30 minutes, which really means 15 minutes under hard circumstances. When you’re working hard and your breath is rapid, you will suck that bottle down. With balanced breathing, I was gaining a few minutes from each bottle not only because I was physically fit but also because I was practicing this particular breathing skill.

Gaining a few additional minutes can mean quite a bit. You can accomplish a lot in a few minutes. If you have to exit a building in an emergency situation, a few extra minutes can mean the difference between having to take your mask off in a toxic environment and potentially making the situation worse than it needs to be. It’s a very valuable skill, and firefighters understand this.

SM: Of all the practices you learned as a student of yoga, would you say that the breath has made the biggest difference in your work?

DD: Yes I would. I think it’s the awareness of the breath, the constant checking in with my breath. It doesn’t matter if I’m wearing a bottle or not. I could be behind a desk and I start to get a little excited or anxious about something. I’ve learned how to control that excitement and anxiety with a regular breath.

Let's connect for a consultation!

Discover how FireFlex Yoga can benefit your department. You’re invited to meet our team and contact us directly. We’re looking forward to hearing from you.